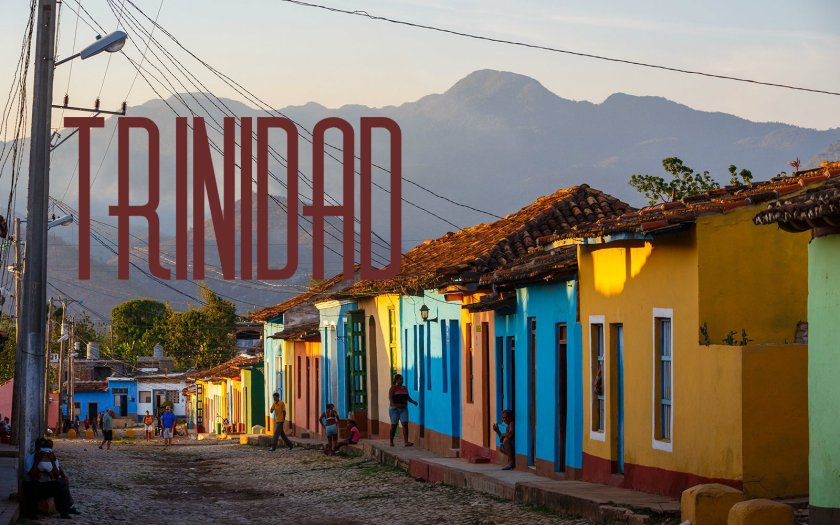 Trinidad is a colonial town about four hours South East from Havana. It’s a beautiful, colorful town with a more slow-paced way of life and was named a UNESCO World Heritage site in 1988.

Taking a Taxi from Havana to Trinidad

The easiest and fastest way to get from Havana to Trinidad is to use a taxi. In the Taxis sectionof this website you will see several taxi options which we offer to take you to Trinidad and all around Cuba. We offer classic American car taxis, modern air conditioned taxi cars and minibus taxis for larger groups. Check out the link and reserve you taxi in Cuba today.

Satisfy your hunger at La Botija for dinner, which is open 24 hours but commands quite a line around dinner time, so make sure to arrive before starvation sets in. They have quite a large selection of tapas style food — definitely one of the better meals we ate while in Cuba.

Get back into town for dinner at La Raddicion, which has great lobster and vegetarian options as well. Their service can be slow (an expectation in Cuba), so make sure you’re not on a tight schedule before dining here.

||DANCE THE NIGHT AWAY IN A CAVE

End the night at the Disco Ayala, a semi-cheesy but have-to-see-once kind of nightclub, inside a cave. Check with locals about the best night to go because sometimes they do a show earlier in the night as well.

Things to do in Trinidad, Cuba:

• Visit the Museo Romántico opposite the Plaza Mayor. The view out over the city is worth the entrance fee.

• Visit the other important buildings like the Holy Trinity Church and Plaza de Santa Ana and the Royal Jail built in 1844.

• Stroll through the street markets

• Disco Ayalu – a nightclub in a huge cave!