Day one of the driving tour started through high Atlas Mountains

We visited the Ait Ben Haddou village which is recognized by UNESCO as a world patrimony. It is famous as a backdrop for many films, including ‘Lawrence of Arabia’, ‘Gladiator’ and ‘Alexander’.

We had a quick lunch here before continuing on our way enjoying the natural beauty of the landscapes and historical monuments such as Taourirt Kasbah in Ouarzazate and Roses Valley, which is renowned for the Festival of Roses.

Hours in the car combined with fun different candies..

We also pass through the little Berber villages of Skoura and ‘El Kelaa des M’Gouna’.

Hours in the car delivered us to the valley. I’ve never seen such interesting rock formations as this area.

This is our final stop of the day. We spent the night in a hotel that looks like it’s carved in to the side of the rocks.

These dimly lit stone hall ways let us to our two rooms. We had large rooms with a private bath and balcony. It was really chilly down in the valley!

We were able to find the good rose wine we really liked and brought it with us along with Arielle’s beer she found. Alcohol is tricky to find outside of being served at few restaurants. So luckily Rachid knew where to take us so we could get some for the trip.

The hotel has a set dinner time when all guests join in the dining room to be served dinner all at the same time. Most moroccan restaurants first serve you a mixture of green and black olives as an appetizer then your tagine meal. Our tagine dinner this night was pigeon…can’t say I need to try that again, but you never know until you try!

We had a laughable moment and language barrier as we asked the waiter for one of our beers with dinner, and he showed up with a platter of all 6….with the restaurant full of other guests, not drinking, we looked like we were in bad shape.

The music at night was wonderful. The guys at the hotel played the drums and danced. It was so lively and a great experience. All the guests got up and danced with them.

I think this was the quietest night of sleep I’ve ever had. There wasn’t anything or anyone around to cause any outside noise.

We woke up the next morning to start our drive to the desert. We stopped by the crazy road.

From Boumalene Dades we headed to Merzouga in one of the largest wind blown dunes in Morrocco, Erg Chebbi. Through the Berber village Tinghir we visit Todra Gorge where the cliffs are as high as 600m and only 10m apart. We leave Todra passing through many Berber villages to pass through Tinjdad.

The Oasis in the Moroccan desert

We stopped at the base of the valley to follow the river. The water was chilly and crystal clear.

Now we were about to go to my favorite part of the day….

Friends of mine had shown me the pictures and the rugs they got and I was dying to add one (or more!) to my home too. I wanted at least one rug as well as a traditional Moroccan wedding blanket. With a wedding date set for that August, I felt it was so fitting.

We had lunch at a local place run by a woman. We had another great kefta tagine with fried egg. They also served us “American Spaghetti” which was butter noodles with brown sugar on top. It was quiet interesting for sure. 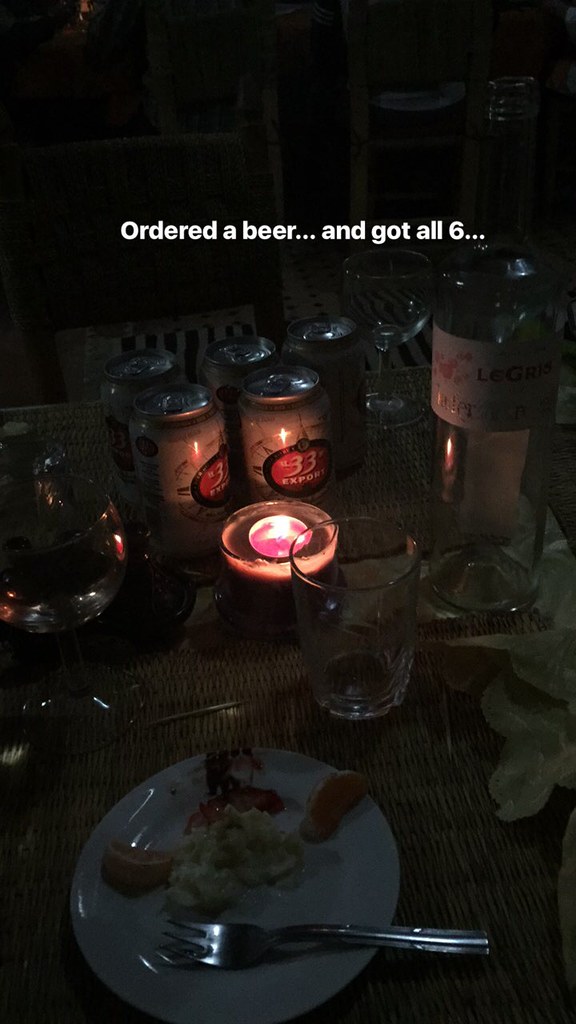